You’ve been hacked. Should you call the FBI? with Jeffrey Tricoli

What drives Russian and Chinese cyberattacks? What do you do when you find out your organization has been breached? And what it’s like to collaborate with the FBI when your organization faces a threat or breach?

Differences in culture between Russia and China clearly drive differences in how and why cyber attackers connected with those regions carry out cyberattacks. While Russia focuses on stabilizing and perpetuating its regime, China’s attacks also have the goal of growing its economy and supporting its large population.

However, even though both countries feel far away from American shores, attacks from foreign adversaries against neighboring Ukraine still directly threaten our US domestic software supply chains, and even our organizations.

When cybercriminals from overseas steal your data and demand that you pay a ransom if you want to see it again, all kinds of ethical and legal concerns emerge.

How could you approach this dilemma? How do you weigh the legal and ethical ramifications of paying a ransom against the business implications of losing your data and IP?

While engaging law enforcement can be unfamiliar and even difficult, it’s important to understand who to involve in your own organization before you pick up the phone.

In this episode of Finite State’s podcast, “IoT: The Internet of Threats,” Jeff Tricoli, Former Section Chief at the FBI Cyber Division joins podcast host Eric Greenwald to discuss what to know about working with the FBI on cybercrime, the evolution and ethical implications of the ransomware industry, and the differences between cyberattacks from Russia and China.

During this 22-minute episode, Jeff and Eric examine:

For nearly 20 years, Jeffrey Tricoli served in a variety of roles at the FBI’s Cyber Division and most recently as its Sector Chief in charge of overseeing national cyber investigations. Jeff graduated from the University of Syracuse’s Maxwell School with an M.P.A. in Public Policy Analysis and holds a Bachelor of Arts from Canisius College. Jeff is now a senior executive at a financial services company responsible for technology and security risk.

The FBI’s Cyber Division investigates and responds to malicious cyber activities that threaten the safety of the US public and the country’s national and economic security.

All episodes of Finite State’s “The Internet of Threats” podcast can be heard on Spotify, Apple Podcasts, and Google Podcasts.

Listen to this episode in its entirety below!

How in the World Do You Measure Cybersecurity, Anyway? with Michael Daniel 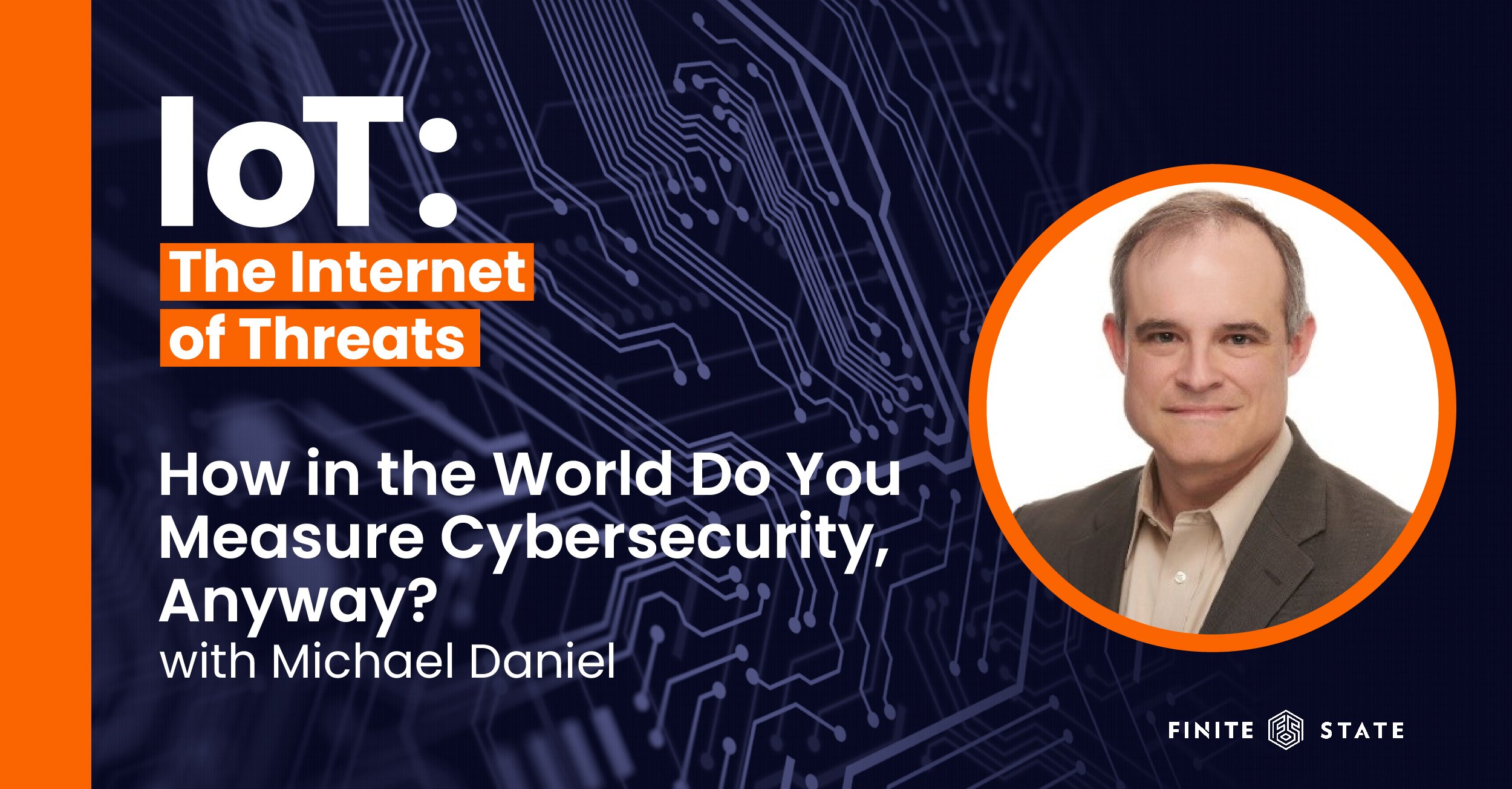 How in the World Do You Measure Cybersecurity, Anyway? with Michael Daniel 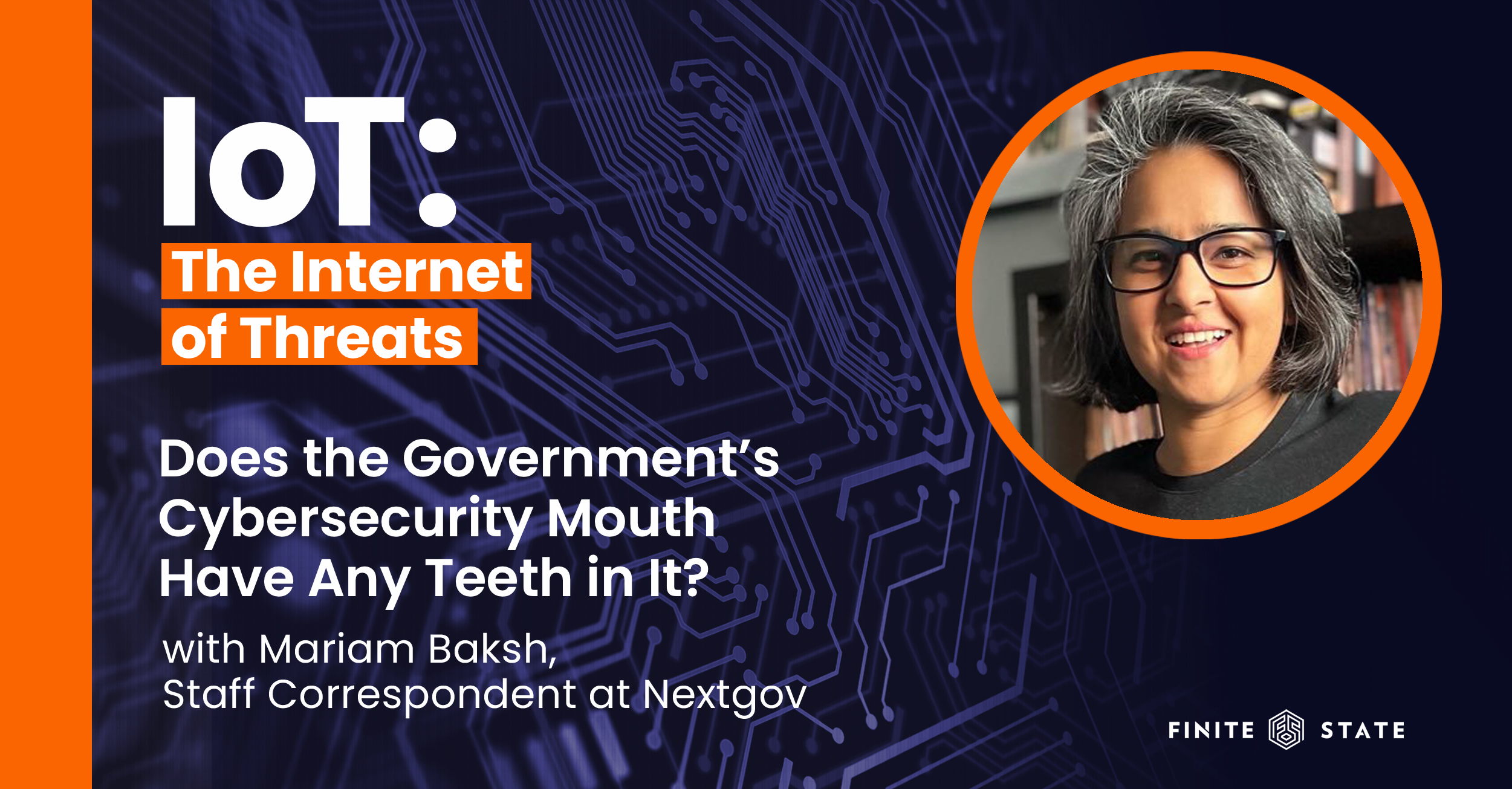 Does the Government's Cybersecurity Mouth Have Any Teeth in It? 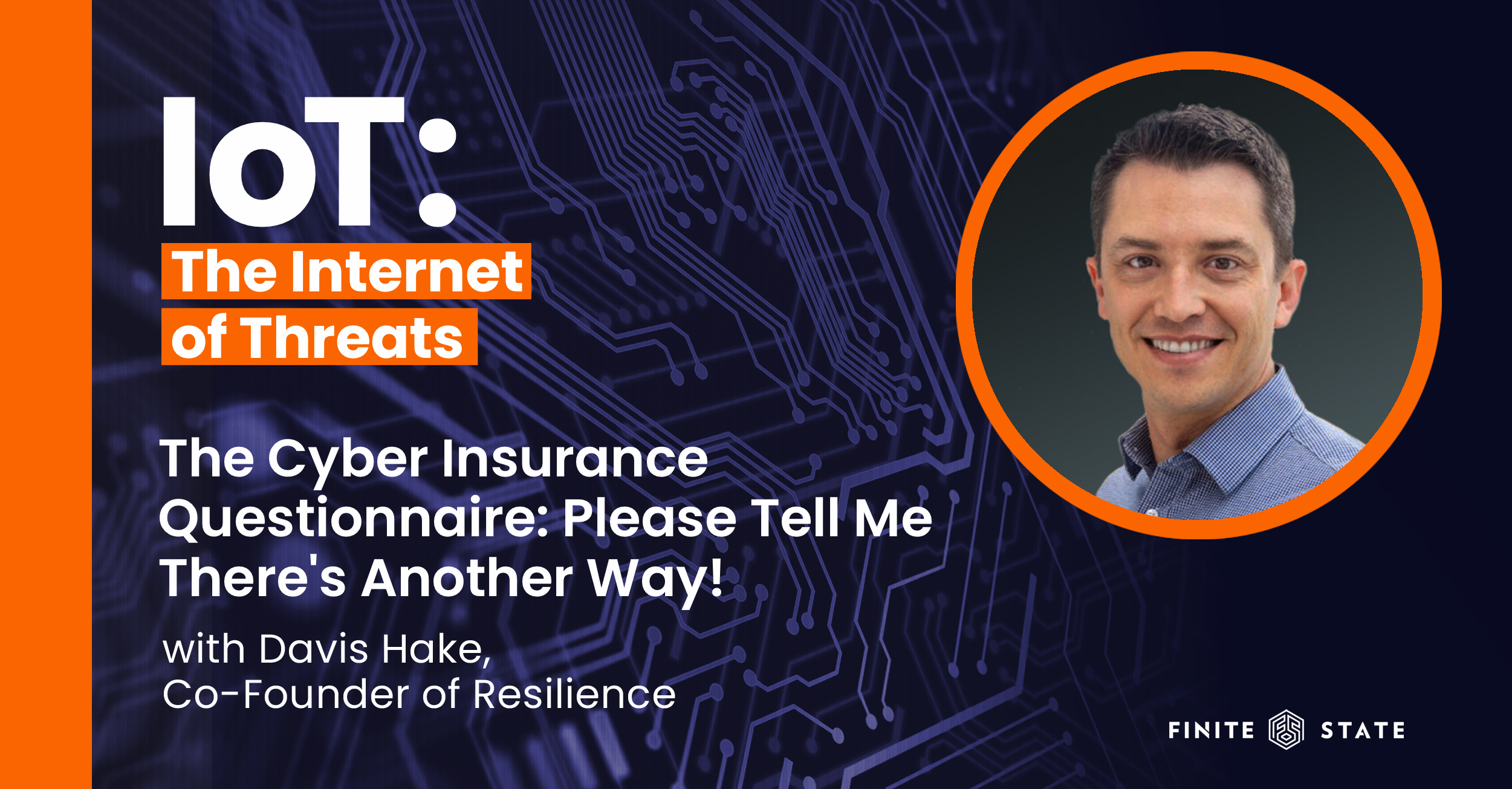 The Cyber Insurance Questionnaire: Please Tell Me There's Another Way!